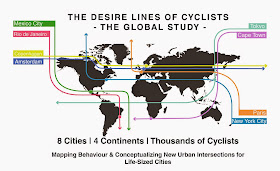 Copenhagenize Design Co. has decided to take our unique Desire Lines Analysis Tool to the world. We are launching a new project that will span continents.

The Desire Lines of Cyclists – The Global Study – is the natural evolution of our original Desire Lines analysis of cyclist behaviour and how cyclists react to urban design called The Choreography of an Urban Intersection. The results of which were unveiled by CEO Mikael Colville-Andersen at Velo-City 2013 in Vienna. This study from Copenhagen in 2012 was based on video-recorded observations of 16,631 cyclists during a 12 hour period. We explored the anthropological details of bicycle users and how they interact with other traffic users and the existing urban design. Three categories of cyclists were identified: Conformists, Momentumists, and Recklists. 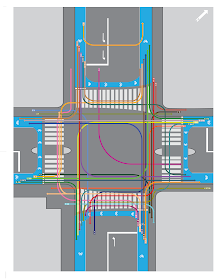 Choreography of an Urban Intersection and Copenhagenize fixes

Thanks to this study we created a new methodology to analyse urban life: the Desire Line Analysis Tool, which is designed mostly to decode the Desire Lines of cyclists. The main purposes of the analysis is to get a thorough understanding of bicycle users and to rethink intersections to fit modern mobility needs. Like William H. Whyte before us, we want first to observe people. We employ anthropology and sociology directly to urban planning - something we feel is sorely lacking.

With increasing focus on re-establishing the bicycle as transport in cities around the world, understanding the behaviour and, indeed, the basic urban anthropology of bicycle users is of utmost importance. Rethinking the car-centric design of intersections and infrastructure is necessary if we are to redesign our cities for new century mobility patterns. 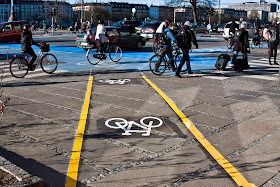 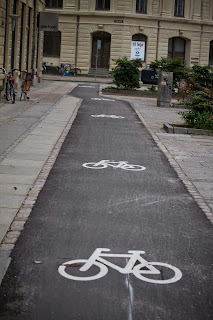 Desire Lines of cyclists turned into a permanent lane in Copenhagen


Until now there has not been any concrete way of mapping cyclist behaviour. Copenhagenize Design Company’s techniques utilise Direct Human Observation in order to map cyclist behaviour - and gather a motherlode of valuable data from it.

These two last years at Copenhagenize, urban planners, anthropologists and urban designers have worked on testing, improving and realising new studies in Copenhagen. Using the city as an actual-size laboratory, we observed, analysed, mapped thousands of cyclists' behavior. You can watch our video here, and read our studies here, here, here, here, and here.

Afterwards, we went to Amsterdam, a city considered as a model for many urban planners, and in  collaboration with The University of Amsterdam, Copenhagenize Design Co. worked on nine intersections and 19,500 bicycle users. 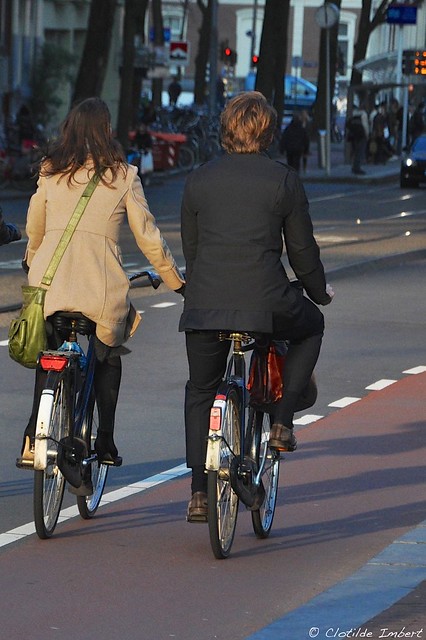 Cyclists riding side by side in Amsterdam

Now, we want to expand our proven methodology to other cities around the world and compare different approaches of bicycle urbanism focusing on the way cyclists react to urban design. This study will take us to Europe, South and North America, Asia and Africa.

Cycling is booming everywhere in the world and municipalities are investing in infrastructure across many cities. Nevertheless, data are lacking and a deep understanding of cyclists' behavior and expectations is required. It’s the right moment to get a thorough understanding of the current situation and avoid well known hurdles in the design of infrastructure to match cyclists expectations.

We will start this global study in the two world-wide bicycle friendly cities, Copenhagen and Amsterdam, and use them as references of the study. 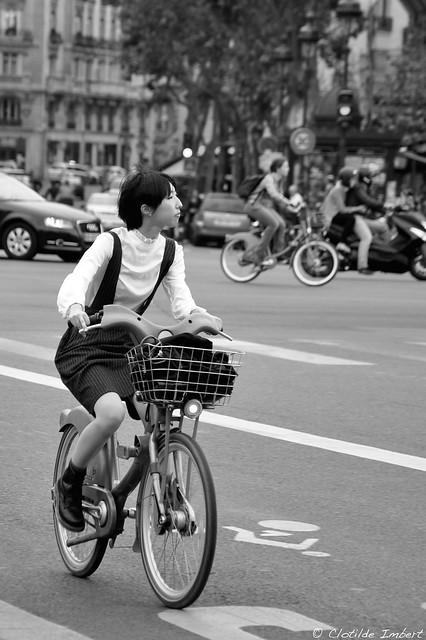 Cyclist on a Vélib in Paris sharing the lane with buses

In each city we will team up with a local partner, and we are extremely glad to announce that we will work with the organisations Future Cape Town, ITDP Brazil and 3x3 Design in New York City.

Copenhagenize is also keen on working in close cooperation with the local authorities and has already get the support of the municipalities of Paris and Amsterdam. Our local partners and us are searching for financial support to make the most of the project in each city.

The more data and knowledge that will be gathered on cyclists, the higher the chances are that towns will be turned into bike-friendly cities with all the right infrastructure.

The results will be presented using maps, statistics, qualitative analyses and appealing graphic representations. We will reveal how people respect or disrespect infrastructure, how they interact with pedestrians and motorists, what are their normal trajectories and Desire Lines. All bicycle-friendly cities should have a perfect knowledge of the evolution of the number of cyclists, but also a sociological big picture of them and a deep understanding of their behavior.