Hygge and the Firepit of Transport 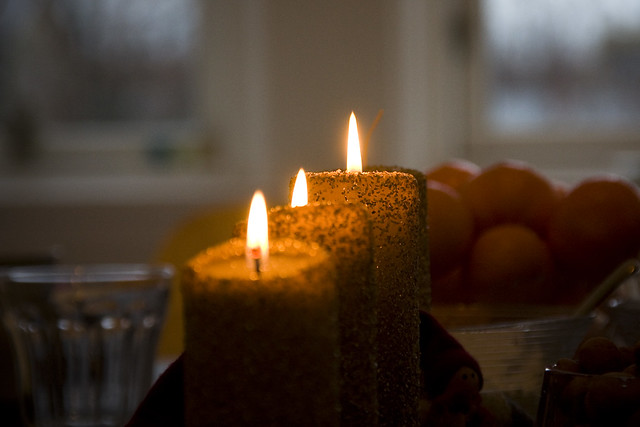 The concept of "hygge" is, by all accounts, all the rage this year. A slough of books about “how to hygge” are on the market in the UK alone this year. The Guardian even endevoured to produce a good longread about the whole shebang. All to the amusement of Danes for whom the word is more of a ingrained feeling than a concept requiring an instruction manual.

Hyg. Hygge. Hyggelig.  This simple Danish word has captured many imaginations. Other languages have a similar word - gemütlichkeit in German or gezellig in Dutch but in Danish the meaning is taken to the next level. It often gets translated as “cosy”, but that is sadly inadequate. I’m going to get to how or if hygge relates to transport, but I need to lay down a baseline first.

My standing example when I have to explain the concept to foreigners took place when I was in my 20s. A group of male friends and I met at a friend’s flat on a dark, November evening with pizza and beer to watch a Champion’s League match. Cue the usual boy banter and piss-taking. Until one of the guys looked around and said, “Lars… don’t you have any candles?” Lars had forgotten. He promptly hopped up to get them and light five or six of them, adding a “sorry” as he sat back down. A calm settled over the group and the football evening continued.

In the winter months, candles are the prerequisite hygge prop. Indeed, Danes burn more candles than anyone else in the world. The focus on hygge in the international press -  and a slough of glossy womens’ magazines - however, seems to be focused on baking cookies and moping under a duvet on the sofa whilst wearing slippers/wooly socks and sweatpants like a rejected character in Sex and the City. If that is the image we’re going to get slapped with in Denmark, we need to do some serious brand damage control.

I’ve been asking other Danes for a couple of decades how they define hygge and I went on an asking spree before writing this article. While the general concept of hygge is etched delicately into the nucleus of our every cell, there is a slight divide in the interpretation, which may be a recent development. The debate is about whether you can hyg by yourself or whether you need to be at least two people.

If you ask the older generation, most are adamant that it takes at least two to hygge tango. Many members of the younger generation, on the other hand, are fine with the idea of being able to hyg alone. If you told me that you were home alone last night and enjoyed a good book on the sofa with a cup of tea, I won’t ask if it was hyggeligt, although you might offer the comment that you hyggede with yourself. Yes. It’s a bit confusing. Personally, I find it most hyggelig when I spend time with one or more friends. At the end of it all, you can declare to each other “good to see you! It was hyggelig!” Home alone on the sofa, there is no one to say that to. 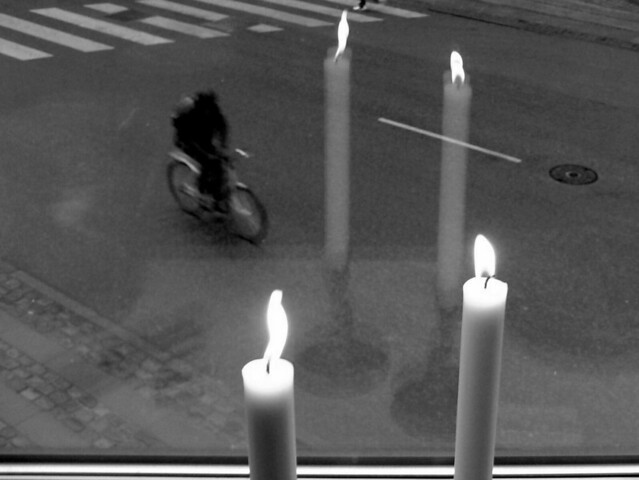 Right then. How does this apply to transport? Copenhageners, rumour has it, are predisposed to transport themselves in great numbers by bicycle each day. 56% of the citizens of the Danish capital, at last count. Urban cycling is certainly the most anthropologically-correct transport form for city dwellers. It provides independent mobility but still allows for interaction - conscious or sub-conscious - with the urban landscape and, not least, the other homo sapiens that inhabit it with you.

To be honest, I’ve never heard anyone say that it was hyggelig to ride a bike to work. That might just be because we don’t often associate such things with transport. Avid cyclists will preach that cycling is “fun” as their primary messaging aimed at encouraging others to join their tribe. While I might, if forced, admit that cycling each and every day in Copenhagen is enjoyable, I would never use “fun”. Indeed, I’ve declared here on this blog that “cycling isn’t fun, it’s transport”.

Let’s slip under the surface for a moment. I dare to assume that the sub-conscious interaction with one’s city is one of the key strengths to growing and/or maintaining cycling levels. I’ve been asked in all seriousness several times through the years if cyclists wave at each other in Copenhagen - like I suppose they do in other parts of world where they are a rarity on the streets. However cute that might be, what a monumental task - waving at thousands of people all day long. And none waving back. But the subliminal sense of togetherness - something few realise - is there. The simple urban anthropological contentment at sharing a city with other humans - in a human form on a bicycle as opposed to boxed in and invisible in a car - is everpresent.

To be honest, in the hundreds and hundreds of interviews I’ve done about cycling in Copenhagen, no journalist has ever asked if there was an element of hygge to it. Until last week... thanks to the current hyggepocalypse that is raging. Many, many journalists, however, have asked about the correlation between being consistently ranked as the world’s “happiest” nation and our cycling habits.

First of all, on THAT note, the actual question asked in the survey is “are you content with your life?” Not quite the same as “are you happy”, is it? It gets morphed into headline friendly “happy” after the fact. Look at the Top 10 happiest nations for 2016. Seven of them - including all the Nordics - are countries with a high standard of living, cradle to grave health care, six weeks of annual holiday and strong secular cultures. Cycling doesn’t have much to do with it.

Hygge is not exclusive to the Danes, however. It is merely an extension of the firepit. Besides serving an important role for security, warmth and preparation of food, the firepit was the adhesive that brought a tribe together. After a long day of hunting and gathering or warfaring, it was around the firepit that the tribe would gather. To eat, talk, tell stories. I suppose the television has replaced the firepit in many ways. Nevertheless, Danes just keep on firepitting in their own way. Seeking out the simplicity of togetherness. 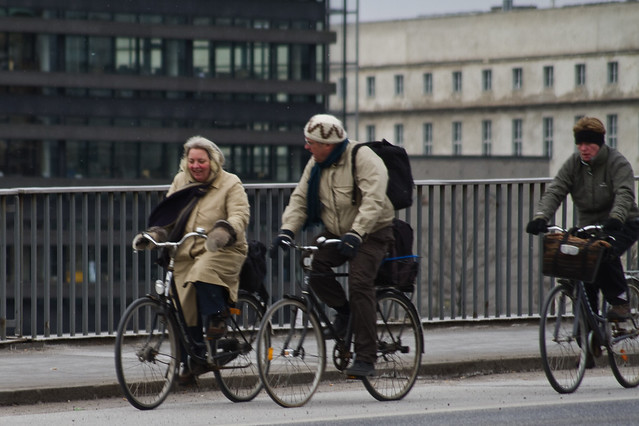 So cycling in itself may not be regarded as hyggeligt, but there are still ample opportunities to enjoy the company of a friend as you cycle, with Best Practice infrastructure and what we call “conversation lanes” in Copenhagen. Whatever the season. 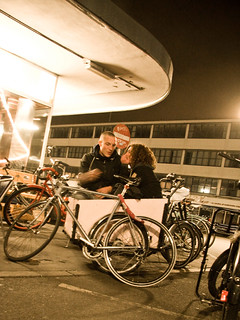 There can certainly be bicycle-related hygge, but the bicycle is merely a prop that makes it possible. Like chatting outside a bar in a cargo bike. 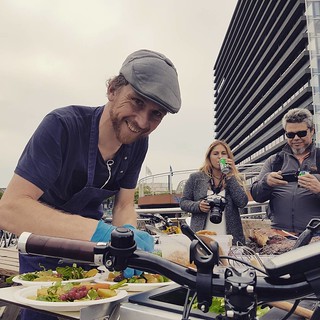 Copenhagen's renowed Bicycle Chef - Cykelkokken - Morten serves up gourmet food from his cargo bike and my god it's hyggelig. Holding hands with someone you love while cycling is also hyggelig, but again... the bike is a mere prop. 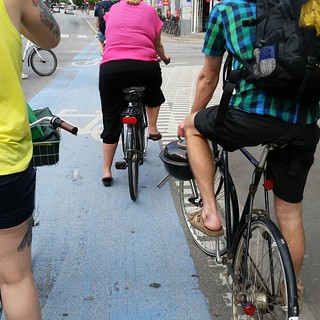 Bring your own bbq.

I would argue that on some level, cycling is the firepit of transport. People gather at red lights. Not eating, talking or telling stories with each other, but they are elbow to elbow with other members of the urban tribe.

A long series of firepit moments in the morning rush hour.

Warming themselves with the tightly-woven urban fabric on a deep but important sub-conscious level.